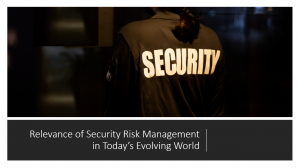 If there is a change of balance between Security and Freedom where there is “Too Much Security”, then there will be an oppressive attitude characterized through the view of the public’s eyes on the security management function. 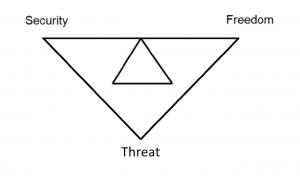 The Three-Stages Risk Management Process is a structured framework in the Risk Mitigation System which allows Security & Risk Management personnel to have a knowledge of risk in a more systematic manner which is implemented in any environment all over the organization irrespective of the hierarchy and range and can be used irrespective of the quantity and quality of the threat.

The Three Risk Management Process consists of Risk Assessment, Risk Control and Contingency Planning where every aspect of Risk Management will be placed among the three. The Process increases the competency in understanding and analysing the risks associated with the scope of operations within the organization and improves in mitigating and responding to the risk with increased efficiency.

There are different Risk Matrix that can be utilized depending on the organization’s decision for the indication of likelihood and impact of a potential threat that the organization encounters during its business operations. Some of the examples include: 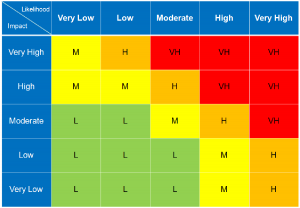 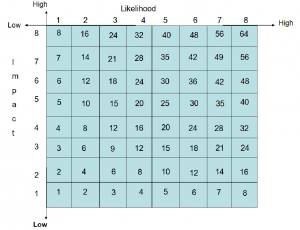 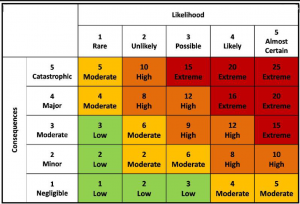 The GSB System is implemented in organizations operating in every industry or arena of expertise overlooking various threats of a broad spectrum and it is the fundamental aspect for every incident response operation.

The advantages of the GSB System are that it defines an incident response framework and provides the roles and responsibilities that each level of management should be aware of to implement procedures in controlling and limiting the effects of a crisis or incident event in the organization. Also, it equips the organization to coordinate during the incident response operations avoiding any miscommunication and increasing the organizing effectiveness for all three command levels. The disadvantage of the GSB System is that the failure of any of the three command levels can impact the whole pyramid system causing the incident response to be managed ineffectively. 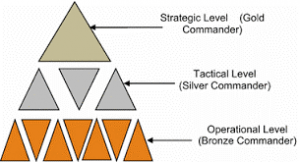 The above fundamental concepts related to Security Risk Management are essential knowledge for personnel who are required to interface with Security Management responsibilities. Subject Matter Expertise associated with security management is of benefit to every other division within organizations as Security Risk Assessment requires knowledge and awareness of every division, function, and business operations within the organization to design and develop an effective security risk management framework mainly in the way which the organization interests to protect its assets, operations, infrastructure and people from the range of internal and external security threats that it may face. Subject Matter Expertise in Security Management benefits for other divisions especially during emergency response planning to return to normal operation as effectively and quickly as possible and also to reduce further similar occurrences by reducing the likelihood and impact. Hence, effective risk management in security planning will help to make powerful decisions and combat the risk.

Healthy development of the human body during childhood is crucial for maintaining a ...