In 1988, Hindustan Unilever Ltd. (HUL), a market leader in the Indian FMCG sector, had set up a mercury thermometer factory in Kodaikanal with 30 employees. This was an outcome of the global acquisition of Cheseborough-Ponds by Unilever Inc., the UK-based parent of HUL, a year earlier. The thermometer unit was part of Pond’s India Ltd., the Indian subsidiary of Cheseborough-Ponds. Increased awareness of health hazards associated with toxic substances like mercury that could harm the local ecology and health of factory workers, had led to the shift of such units from the developed world to developing countries.

Kodaikanal, the pristine and picturesque hill station in the Nilgiri Mountain ranges of Tamil Nadu was selected because mercury, a very toxic substance, would not evaporate at cold temperature. This unit was a 100 percent export-oriented unit (EOU) set up at a time when the Government of India was facing foreign exchange crunch. To overcome the hazards associated with a mercury-based thermometer factory, HUL had also started working on digital thermometers. For over a dozen years the unit did good business fulfilling the objectives with which it was started. According to the Millennium Plan, Unilever’s strategic decision was to exit noncore businesses. A decision to exit the thermometer business had already been made in January 2001. However, a crisis was brewing, which exploded two months later. 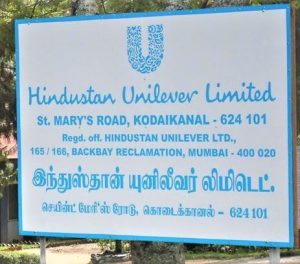 In March 2001, there was a consignment of thermometers coming to India from USA. Greenpeace, the Canadian environment-focused NGO, that had started its operations in India that year, raised an alarm saying that it was coming for Pond’s. Certain environmental activists in that region also claimed that several factory workers at Pond’s had started complaining about health ailments around this time. HUL denied the charges. In the meanwhile, Greenpeace found certain broken thermometers with traces of mercury in the scrapyards of Kodaikanal and blamed HUL. Public interest groups like the Tamil Nadu Alliance Against Mercury alleged that HUL had been disposing mercury waste without following proper protocols. The company rejected these allegations. One of the legal requirements for a 100 percent EOU is that nothing can go outside the factory, including waste matter, unless it is cleared with the Excise Inspector. But Greenpeace and other groups persisted with its claims. Finally, HUL tested the samples found in the Kodaikanal scrapyard. The findings shook the British-Dutch multinational consumer goods company that was proud of the presence of its 400 brands across 190 countries. Those traces of mercury did belong to their manufacturing unit. It emerged that the glass scrap with residual mercury had been sold to a scrap dealer about three kilometres away from the factory, in breach of company guidelines and established procedures.

Industrial missteps of this kind are unacceptable as they lead to health hazards for the masses. A single incident can dent the brand image and negatively affect the company’s goodwill built over decades. Moreover, mercury is a powerful neurotoxicant, which can not only damage internal organs, but also seriously damage the local environmental ecosystem.

In such a scenario, making quick amends to ensure the wellbeing of all concerned stakeholders at all costs is the only prudent strategy. HUL did just that. It took a series of decisions to rectify, minimise and in some cases nullify the effects of this mishap.

First, it acted against those employees and third-party agencies who were responsible for this blunder. Though HUL had export orders, it stopped thermometer production in the factory with immediate effect. It took 7.4 tonnes of glass scrap with residual mercury from the scrapyard back to its factory for safe storage along with the soil beneath the scrap.

Second, it decided to investigate the extent to which these breaches had occurred and undertake balancing of the mercury mass. To estimate the quantum of damage, HUL analysed the manufacture and sale over the years and calculated the quantity of mercury used.

Third, it got together a team of five doctors hailing from Chennai, Bangalore and Kodaikanal, for employees and all those who had been associated with the production process through a public advertisement for a free medical examination. The doctors adopted a stringent US-based protocol and examined 255 people for any mercury-related health issues. It was found that nothing was wrong with them. This exercise was repeated in the subsequent month with the same outcome. In addition to this, HUL wrote to all the doctors in Kodaikanal, including those at hospitals to check if they had ever noticed a case of mercury poisoning or any similar symptom. All of them replied in the negative. HUL also got these reports validated by third-party experts from the All India Institute of Medical Sciences (AIIMS), Maulana Azad Medical College, and the National Institute of Occupational Health. 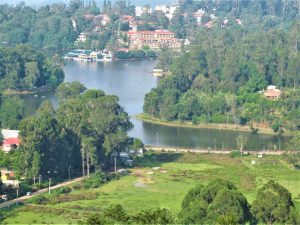 Fourth, to estimate any environment-related issues, HUL looked for the best environmentalists in the world and identified the firm called URS Dames and Moore. The expert representative from URS took almost 2,000 samples of the soil, water, trees, plants, and aquatic life, not only within the factory but even 20 kilometres away. The URS Report concluded that the Kodai Lake had not been impacted by mercury; and those who had worked at the site had not suffered adverse health effects due to factory operations. However, there were a few hotspots within the factory that needed to be remediated. Subsequently, HUL shared the entire medical protocol and company findings with Greenpeace and invited their local leadership to be a part of the process. From HUL records it emerged that it had in place an institutionalized system of monthly testing of urine samples of all employees (the best way to analyse any mercury-related effects in an individual). The company had 18-year records of all workers’ urine samples and blood tests, which was also presented to workers, local administration, and other civil society institutions. HUL invited the Chief Medical Officer of the Government of Tamil Nadu to undertake checking. They validated the company’s results.

Fifth, HUL returned all mercury-bearing material to USA. The consignment consisted of 290 tonnes of materials and included glass-scrap with residual mercury, semi-finished and finished thermometers, effluent treatment plant waste and elemental mercury. They were packed under the supervision of the Tamil Nadu Pollution Control Board (TNPCB) officials and witnessed by local NGOs. The material reached New York in May 2003. As per the accepted arrangements, Bethlehem Apparatus Inc. would remove the mercury from the thermometers and then dispose them appropriately, a facility not available in India. 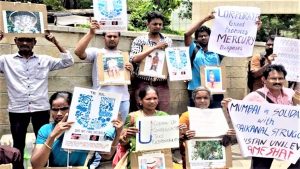 Several expert studies conducted since the factory’s closure concluded that former employees did not suffer ill-health due to the nature of their work. These included studies by experts from the TNPCB and the Industrial Toxicology Research Centre as directed by the Supreme Court Monitoring Committee. However, several former employees filed a class action suit against the company in 2006 in the Madras High Court. After a decade of legal process, both parties agreed to an out of court settlement. All employees were relieved with appropriate packages in the presence of the Labour Commissioner. In March 2016, the Company signed a settlement with nearly 600 of them. It provided ex-gratia payments to 591 former workers/association members and their families to be used towards livelihood and skill enhancement programmes. 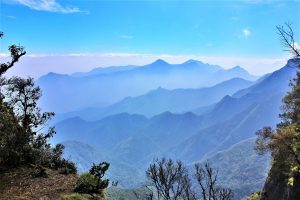 Image: The beautiful Kodai Valley in the Nilgiri Hills

In June 2001, the company had taken steps to prevent discharge of soil from the factory site to the Pambar valley, the only direction into which water flowed out of the factory site. In June 2002, HUL had sought permission for the clean-up or remediation of the land within the premises of the factory. After extensive assessment and testing as per protocols developed in collaboration with the National Environment Engineering Research Institute on the advice of the Supreme Court Monitoring Committee, final permission for remediation of the soil was granted in July 2008 by the TNPCB. Pre-remediation work started in 2009 at the factory site. However, in 2010, TNPCB decided to revalidate the soil clean-up standard in response to NGO requests. In August 2015, HUL submitted a Detailed Project Report for soil remediation to TNPCB. This was based on several studies and validations by expert institutions including IIT Delhi that revalidated the Risk Assessment Study and site specific clean-up standard; the National Botanical Research Institute Lucknow, which studied the impact on trees and preservation of trees; and the Centre for Soil and Water Conservation Research and Training Institute Ooty, which studied the impact on soil and soil erosion. In June 2018, HUL received permission from TNPCB to commence full scale soil remediation to the remedial standard of 20mg/kg at its former factory site in Kodaikanal. However, some activists approached the National Green Tribunal (NGT) contesting the soil remediation standard of 20 mg/kg. They believed this was much lenient when compared to the standards in Unilever’s home country. The NGT directed the Central Pollution Control Board to obtain an expert opinion on whether the Site-Specific Target Level of 20 mg/kg was the right remediation standard. On November 1, 2018, NGT’s Principal Bench cleared the way for soil remediation with the standard of 20 mg/kg.

The financial burden of this entire remediation process, and the costs incurred on ensuring the welfare of diverse stakeholders was far more than the money made from that business in 18 years. By happenstance, Greenpeace’s operations in India were suspended in 2015, due to financial fraud. The organisation at the forefront of vigilantism against HUL, itself became a victim of internal malfunction.

The first is the extreme set of risks associated with environmentally hazardous processes and products, especially in developing economies that may not be fully equipped to handle miscalculations and erroneous discharge of environmentally hazardous material. Corporations of the size and stature of HUL cannot afford to overlook any loopholes in the implementation of mandatory processes.

Secondly, it reflects the company’s approach to crisis management that went through several layers of administrative, bureaucratic, and legal processes. This contrasted with a much bigger environmental crisis that India witnessed at Union Carbide’s pesticide factory in Bhopal where nearly 16,000 people died due to an industrial disaster in December 1984. It took 15 long years from the time the industrial mishap occurred at the HUL factory in Kodaikanal, till the time of the final settlement with employees to the satisfaction of beneficiaries, local authorities, legal system, and civil society representatives. All through, an immense amount of communication, documentation, and implementation of remedial processes was diligently undertaken to handle the crisis in a matured fashion. The way in which this crisis was managed despite enormous hostility from civil society institutions, environmental activists, political groups, and certain locals with vested interests, is an important milestone in HUL’s journey. 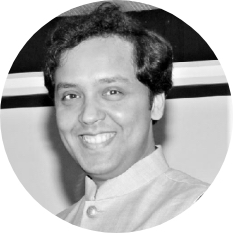 When Crisis led to Consumer Safety: The Story of Cadbury